Lisa Clifford Honored As Middle’s Employee Of The Month 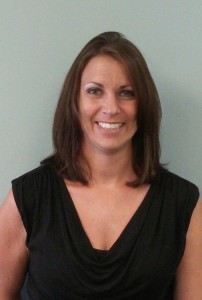 At its 6 p.m. meeting on Monday, August 17th, the Middle Township Committee will honor Lisa Clifford as the August 2015 Employee of the Month. Clifford began her career with Middle Township in November 2004 and has previously worked in the offices of the Assessor, Tax Collector, Court and Registrar. She currently serves as the Assistant Zoning Officer.

Clifford was specifically recognized for her hard work, dedication and “grace under pressure” during a time of transition in the Middle Township Construction and Zoning Office. “In addition to seamlessly adapting to changes within her department, Lisa covered for a co-worker who is out on maternity leave and handled her added duties brilliantly and with the utmost professionalism,” said Connie Mahon, Township Business Administrator.

“The past year has been one of great change and transition in our Construction and Zoning Office,” Mayor Tim Donohue said. “Lisa’s steady hand and willingness to jump in wherever needed have been instrumental in the successful implementation of these new initiatives.”

Clifford is married to Christopher, a Middle Township Police Officer, and they have a daughter Sheilla. A resident of Cape May Court House, Clifford states that spending time with her family, taking walks, and going to the beach are her favorite pastimes.

Nominations for the Employee of the Month Program are available inside Middle Township hall at three locations: Human Resources and Training Department, Administration Department, and on the bulletin board. Residents from the Township who have had a very positive interaction with any Middle Township

employee may pick up the one-page nomination form and fill it out in the employee’s behalf. Each month a Township employee will be selected; the winning nominee will receive a certificate at a future Township Committee meeting along with a photograph posted on the bulletin board.